Marrying a foreigner means an opportunity to eat the food she grew up with. What’s normal to Jenny isn’t always something I’m too familiar with. Filipino cuisine includes lots of pork and soups. Growing up in America, most of my meals consisted of Pop-Tarts and bigger Pop-Tarts. I’m pretty sure 99% of my lifetime diet was developed in a laboratory which basically makes me Frankenstein.

Foreign food can be intimidating. I know plenty of people who won’t touch it. Whether it is fear, close-mindedness, or a love of their country only a Southern racist can appreciate, I find it ridiculous to not taste food from somewhere else.

Before knowing Jenny I never experienced Filipino food. Inspired by her, I did visit a Filipino restaurant solo a few months after Declaration Day and then a Jollibee once with a friend about a year into our relationship. Filipino food had very many similarities to other ethnic dishes with its own sometimes strange twist. They like their spaghetti sweet for one. They’re also not afraid to eat a full bowl of blood as Jenny and I did on our most recent beecation. I’m probably simplifying that it was a bowl of blood, but since Jenny is forcing me to become a minimalist I figured why complicate things?

One of my main missions each trip to the Philippines was to eat something weird. I did pretty well and I don’t think a single Filipino food has avoided my tongue. The most unique was the balut which deserves its own post altogether. I’m pretty sure in the USA a restaurant would be sued for trying to serve balut then a liberal blogger would defend them. In the Philippines, it’s just something to eat to survive. 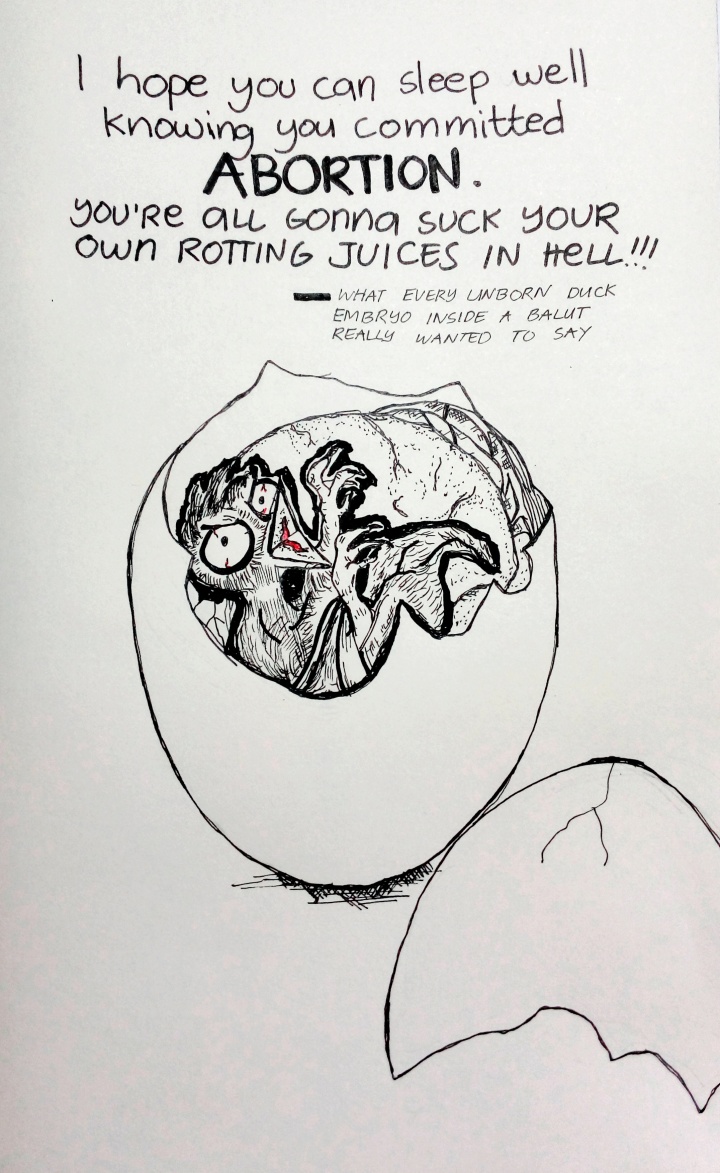 The biggest shame of our relationship is America really has no food other than turkey that Jenny has not tried. American food, I guess, would be hot dogs and hamburgers. Every corner of the world has those. American food really is nothing special. It’s basically just sugar mixed with Oreos smashed together in a blender with a dead animal. You’d think something with these ingredients would prevent us from getting so obese. But alas, we’re in the first world where everyone does everything in excess.

This site uses Akismet to reduce spam. Learn how your comment data is processed.

Visit our shop at: